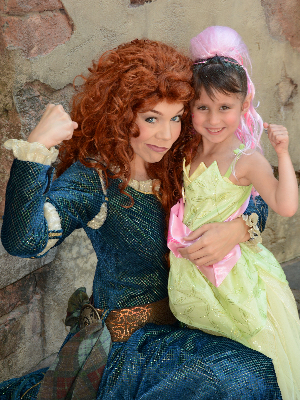 Allie was BRAVE every day of her journey. She inspires us to push through the hard days.

Once upon a time, you came into my world and made the stars align
Now I can see the signs, you pick me up when I get down so I can shine
Shine like rainbows

Allison Lynn Conover was born on July 31st, 2011. During her short but impactful life, Allie's spunky spirit forever changed the lives of her parents, aunts, uncles, grandparents, and many friends.

When Allie was 4 years old, she was diagnosed with a rare brain condition at Nationwide Children's Hospital. Within days she underwent a major brain surgery, and although the surgery was successful, Allie continued to suffer from the effects of her brain condition. She had a major stroke in December of 2016 from which she did not recover. Allie passed away March 29th, 2017 and has been missed by her family and friends every day since.

Allie's was given the BEST care while at Nationwide Children's Hospital. The doctors, nurses, and caregivers did not only care for Allie, they cared for her entire family. The hospital became home and the staff became family.

Team Shine Like Rainbows is raising money for Nationwide Children's Hospital to ensure that every patient and family is given the same top-notch compassionate care that Allie and her family received during Allie's journey.

Team Shine Like Rainbows runs for those who cant. We dedicate each step in our training and on race day to Allie and all of the children who no longer run with us.

Team Shine Like Rainbows thanks you for your monetary and moral support as we train for our 13.1 and 26.2 miles.

Friends, you are in my life and you can count on me to be there by your side
And when the music comes alive, you sing us songs to lift us up so we can shine