We Are Proud To Present the Meaningful Miles Challenge! 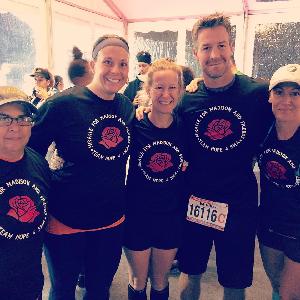 Join our team and help us support Nationwide Children's Hospital!

Groundbreaking gene therapy research is continuing to be be done right here in Columbus, Ohio! Our SMA researchers at Nationwide Children's Hospital continue to work on further improvements on SMA gene therapy which could help to either reduce the amount of viral vector needed for treatment or to make the treatment even more efficient. They are also working on ways to allow treatment to be given to patients with pre-existing antibodies. Continue to BELIEVE and thank you for your support!